Nikola Reviews an Informative Episode of Real Housewives of the Potomac Season 4 Ep. 5 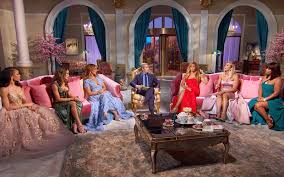 It has been my experience with recent movies, talk shows, and comments that an educated aware African-American can sometimes share the flip side of the same coin in other words in order to recognize a sharp edge sword often one is a sharp edge sword, past examples the "brown paper bag party." What might it be in 2019?

I appreciated watching a more serious episode of The Real Housewives of the Potomac it was informative, it let me know, that some do know. Thank God! Often, I watch some of the other Real Housewives shows so I'm not reminded of what is, but instead reflect on what could be. However, I know that none of US, not even the other other Housewives shows anymore, especially women, are living in a time where we are at liberty to always be light-hearted and make everything superficial. It is also true that facing reality can weigh you down and sometimes you just want to laugh, be uplifted, and coast in bliss to the next destination. I did recognize the deliberate split in content RHOP made in this last one hour episode a lot of serious ending it with the ladies having fun.

On my personal twitter page my bio states that I like to be creative but often I am more compelled and inclined to tweet about the social injustices facing our country today than about my product designs, business ideas, and creative writing. I'm learning that sometimes you have to force the narrative to change in both action and words. 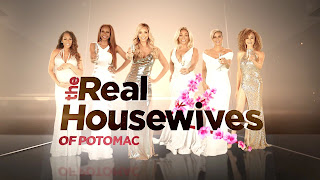 Review Written By Nikola Naylor-Warren
Email Request for Book or Movie Reviews
Send E-Ticket for Viewing to
NikolaReviews@gmail.com Call or Text
(724) 213-0063
at June 03, 2019 No comments: 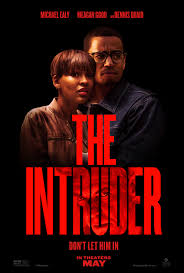 Nikola Reviews gives The Intruder two thumbs up and I am excited to write this next review. Thanks to someone I had the luxury of having the entire movie theater to myself. I truly loved the cinematography of this film, the setting was beautiful along with the attractive power couple Megan Good (Anna) and Michael Ealy (Scott). It also had some of my 'love to hate em' characters from other shows Tommy Eagan from Power, real life name Joseph Sikora who plays Mike in The Intruder, and Dennis Quaid who plays Charlie.

Just like Anna played by Megan Good I have dreamed of having a house just like the one her and her husband Scott (Michael Ealy) moved into. Only I haven't been willing to kill to get it, keep it, or MAINTAIN IT, similar to the recent ideas of some presented in the GEICO commercial.  It's comforting sitting in the shade!

Well any who, Dennis Quaid Charlie offers a closeness to the power couple after selling them his beautiful home in Napa Valley that penetrates deep under Scott's skin causing him to act what seems at first paranoid and irrational. Mike's character comically didn't stretch far from Tommy Eagans character because he was the first to detect Charlie's "to friendly creepy helper m.o.".

Anna plays the lonely but privileged housewife having just moved into her 3. something million dollar home that her husband Scott just bought for her.  Anna is not happy with the time Scott spends at work, to pay and fulfill Anna's dreams of having and raising children in her fairy tale new home.  As she begins to decorate and maintain this huge Napa Valley home, Charlie who should of moved to Florida, seems to pop up at the opportune time to help Anna who is constantly disappointed by her husbands wandering eye and absence.

Not to spoil all that happens, this movie offers suspense and gall watchers will least expect. There isn't a dull moment throughout the entire film.  All the actors were A+, and most importantly again, the filming, location, choice of characters, made it pop.